I had a revelation at Yankee Stadium a few weeks ago.
BLANK LINE
I was sitting w 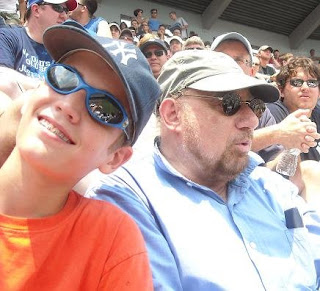 ith my son and my fellow Men’s Club members when I saw a baseball player pointing to the sky after he hit a home run. I have watched many games on TV when a player did the same thing, but I always assumed he was pointing to his personal trainer, his agent, or maybe even to a loved one.

But at Yankee Stadium, he was clearly pointing to the sky. I looked up and only saw a broiling sun and some clouds. AND then it hit me. He was pointing to where he thought God was.

I assume he was thanking God for his home run. But I was puzzled. Why was God helping him hit a home run? Was God a Yankee fan?

And just 15 minutes ago he struck out. What happened in those 15 minutes for God to change his/her mind? 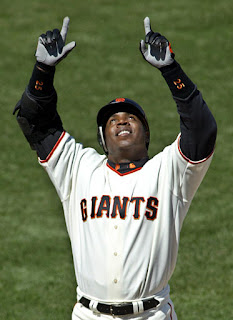 It got even more confusing. A player on the other side – the Oakland Athletics - hit a triple and then he pointed upwards. Did God change sides suddenly? And then when the Yankee pitcher struck out the side he pointed to the sky. Was God now angry at the other team?
BLANK LINE
This must either be a very fickle God, or ballplayers are committing sins in record time. What was most troubling was that no player ever pointed skyward when they stuck out, committed an error, or gave up a grand slam homer run. Actually that was somewhat noble- since they only praised God when something went right, and I assume blamed themselves if they messed up.
BLANK LINE
Even though there are some rather “minor” theological problems with baseball players thanking God by pointing their fingers skyward, why stop with baseball? If 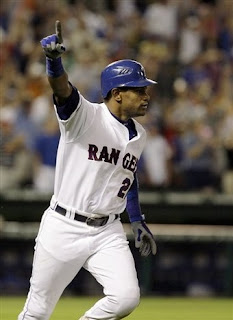 the Rabbi gives a good d’var torah he should point skyward; if the Cantor hits a high note why not point at the ceiling?
BLANK LINE
And if someone passes an exam - point upwards, if someone had a good meal in a restaurant point to the sky and not to the kitchen, if someone had good sex point upwards and most definitely not to your partner.
blank line
I was so excited by my revelation at Yankee Stadium. I vowed to try it myself if anything good happened to me.
blank line
It is now two weeks and NOTHING good has happened. But I am not discouraged. I cannot wait to give the finger to God.

Harry Perkal
Tell Harry what you think (and see other people's comments as well).
To view or post a comment - please click on the COMMENTS field below. We suggest you use "Anonymous" as your identity for quick and easy posting.
Posted by Dave Pucks at 9:50 PM 2 comments: