Why Do I Belong to a Conservative Synagogue?

At least that is the conclusion when I took a quiz about my religious beliefs from the non-denominational religious web site Beliefnet. The quiz is called Belief-O-Matic. It recommends 27 religions in de

scending order you can belong to given your response to such questions as “ What happens to humans when they die”? So Neo- Paganism was my highest score at number 1, 8th was Scientology, 12th place was Reform Judaism, 20th was Islam, and believe it or not Orthodox Judaism was 22nd place-even below Islam. By the way Conservative Judaism did not place in the top 27 religious beliefs.

So this was not very helpful. The reason I took the test is because I was getting questioned by some people in CSAIR- a few I even considered friends- as to why I belong to 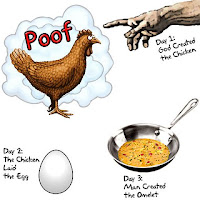 a Conservative shul. Just because I questioned such ideas as Revelation at Sinai, the nature of God, prayers praising God, Halacha being binding. I guess some people think there is a litmus test to belong to a Conservative shul. I was under the impression that if you were Jewish, and pay your dues, it makes no difference if you believed a chicken was a divine being.

So the question still is why do I belong to a Conservative shul, and even consider myself a Conservative Jew (to some extent- how about a Reconstructionist Conservative Jew). Especially, when I have so many issues concerning Conservative Judaism. The movement is organizationally incompetent. It is run by too many Rabbis who could not manage to get out of a paper bag. Witness the disaster when they tried to roll out new ethical standards for Kashrut. We are still waiting! The Movement cannot decide who its customers are; is it those core people who are committed to Halacha as a complete system ( I call them Neo- Modern Orthodox), or to larger group who is drawn to only those traditions and rituals that are meaningful to them, and not to a complete Halachic system. And what really drives me crazy is the movemen 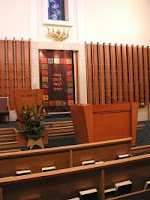 t’s theological incoherence. On the one hand it accepts the fact that the Torah was composed by humans, but yet insists on Halacha is binding- which can only mean that is from a divine source. If not I did not have any vote on Jewish Law.


So again I ask why I belong to a Conservative Synagogue- CSAIR. I do not have a really good answer. The only thing I can say is that growing up Orthodox, Conservative Judaism seemed like a breath of fresh air. But it is getting staler by the minute. I also admire that the movement became equalitarian and began the process of accepting Gays on an equal footing-even if it has a ways to go. So the real reason is I am stuck. I like the Rabbi, I like the Cantor, I like the community, and I have friends in the shul. Is that enough reasons? I do not know. Let me end with an old Jewish joke: 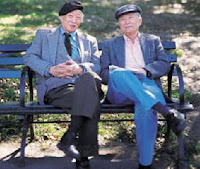 “One sunny shabbos afternoon in Riverdale, Howard and Harry, two old friends, meet for the first time in years. After exchanging the usual amenities, they sit down on a bench to talk. Howard says, "Harry, people are telling me that you don’t go to shul any more. Can it be that you no longer believe in God?" Harry looks uncomfortable and quickly changes the subject. The next afternoon, they meet again on the bench. "You must tell me, Harry," asks Howard, "don’t you believe in our God anymore?" "OK Howard, here is a straight answer to your straight question," replies Harry. "No, I don’t think I do." "Oy veh, so why didn’t you tell me that yesterday?" asks Howard. Harry, looking very shocked, replies, "God forbid! I should tell you that on shabbos?"
Posted by Dave Pucks at 12:23 PM 3 comments: