Lately some of the questions below have really been bothering me. If anyone can answer them I would really appreciate it. 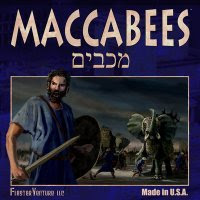 1. Why do so many American Jews make such a big deal about Chanukah and the Maccabees? After all the Maccabees were essentially today’s religious fanatics who fought and even killed Hellenized Jews- who are today’s secular and assimilationist American Jews.

3. Orthodox Jews claim that Halacha does not essentially change over time- yet before 1948 many Orthodox Rabbis claimed that Halacha does not allow the establishment of a Jewish State until the Messiah arrives. But now many Orthodox Rabbis claim Halacha requires not only the existence of A Jewish State within the borders of 1948- but its expansion in the West Bank. Is this not a clear contradiction- or am I missing something?

4. Why do so many Rabbis feel qualified to head multi- million dollar organizations- s 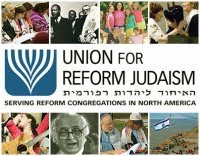 uch as United Synagogue, Orthodox Union, or the Union of Reform Judaism? After all the vast amount time Rabbis spent was in the study of religious texts, and if lucky one course in management. To be fair, should not someone with a MBA be able to decide Halachic questions?

5. Does a blind person saying the Shmah have to cover their eyes?

6. Is it halachically permissible to watch Star Trek-especially if Leonard Nimoy is in the show? Nimoy uses the Kohanim hand gesture as a greeting –“may you live long and prosper”. But 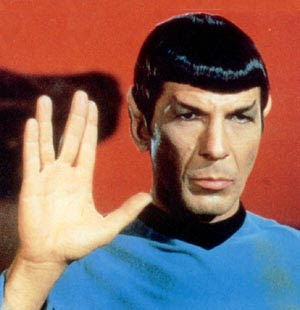 Jews who are not Kohanim are not permitted to see this hand sign.
Speaking of Star Trek- why is that the Enterprise can fly faster than the speed of light, beam people to other planets, on board computers can make gefilte fish ( I assume); but at starboard none of the seats has a safety belt- so that when the Enterprise is attacked the Captain and his officers are always flying all over the place?

7. Who is Lady Gaga? Is she Jewish? Why does she sing about a stick? Can a nic 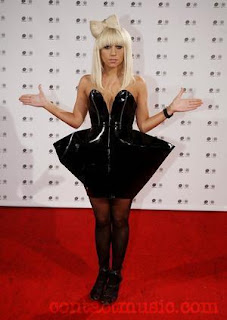 If anyone has good answers to any of these questions - please add a comment below - and Thanks for Listening!
Posted by Dave Pucks at 5:20 AM No comments: